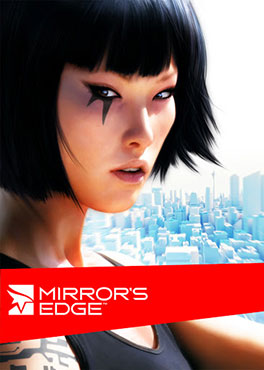 Lately I've been trying to organize my thoughts about how mortality is expressed in video games, but also how much philosophical influence you can find into a piece of entertainment, there are several games around but it was Mirror's Edge who got my attention the most because of the use of philosophy such as free will, social contract, politics and how we as a society we can influence our niches and communities but also how politics can model us after a totalitarian regime rise to the power.

The game itself is quite complete even if is an action oriented platformer but the cinematic sequences and dialogues open on how the world of Faith Connors is structured and is not far away on how ours is developing, the parallelism of Faith's totalitarian regime and what is happening in the Americas within the rise of the populist regimes and the cult of personality that the leaders develop.

The necessity of Faith's profession being a runner is a demand created by the offer of traffic information without being detected, because of the controls the regime in the unnamed city has over every single thing in the daily life. We can compare on a certain extent with China and their social credit system in which every citizen is monitored and every action is controlled by the government which led to the development of the runners.

The anti-authoritarianism force can have consequence in the world outside what the government tries execute on the citizens such as manipulating the information but also attacking and dismantling any form of resistance i.e. the pursuit cops.

Also, the game deals heavily with concepts of life and death in which Faith seems to embrace nihilism in her daily life because the game title is her personal philosophy of living between the gloss and the reality, as if everything that is linked to her senses such as her perception to reality and death.

As a player the most gruesome concept of the game is when you die, which much of the time being bullet down by the state police is less horrible than falling to your death, there are no proper words how nerve wracking is to see Faith falling to her death from such high distance which makes you wonder how many other runners had died in a similar fashion, but also how in real life you can have an idea how is to die by falling from a great height just to wake up on the last saving point.

The idea that Faith's reality could be simulated doesn't sound strange; it doesn't matter how many times Faith dies, she always resets to the last spot she was which we can be in an epistemological problem as she couldn't be aware of her own reality in a dystopian future but also why death doesn't affect her.

The game constructs the notion that reality can be manipulated, but also it follows the ideas that reality is what we perceived and how our experiences manage us; we, maybe as individuals pre-programmed that we have free will but in reality we don't, we can be an extension of what makes us social creatures or extensions of the social collective, that is linked to our humanity.