Conversations in a Bus: Religious Materials Spread Around on Route 16 of HART 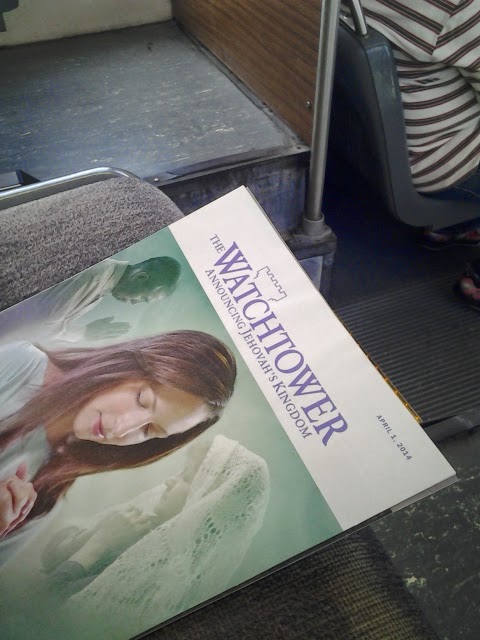 There are moments when I want to spread The Scientific Method, and create a competition to the religious groups that conquer people and get adepts, through this kind of cheap propaganda.

Yes, it is cheap to try to get more adepts whenever exploiting their weaknesses and moments of sorrow. Not many people realize how the mass transportation system, can be used for preachers and missionaries, to expose them to the good news, but what good news.? If at the end you are going to be bounded by a series of outdated rules that form no part of a viable social contract.

Jehovah's Witnesses are the latest material I've found in the last couple of months, around route 16 with the Hillsborough Transportation System, there should a separation between State and Religion, but avoiding and cutting these people on using public system into spreading their message is almost impossible.

It makes me think that a humanist approach is less acceptable on the public light, than a religious approach, on a political environment not accepting God is an inspirational suicide, as well in certain companies that follow a Christian doctrine.

Not matter how many times I go outside, it seems savings souls is a big business, what happened to follow any noble truth without buying the propaganda.? It doesn't seem profitable for a bunch of individuals such as The International House of Prayers or almost any other newer and growing denomination.

There are some guerrilla tactics on these methods, as much of the time the spread of materials could be done by placing them strategically that someone will find them, also people sitting silently in the bus, or some other people who try to engage in conversation and try to disarm the speech of the interviewer, as he or she needs God.

There are plenty of ways to disarm them, to counter attack as even if there is an existence of a mighty being in this universe, that has no body, that being wouldn't go into such as cheap tactics into gain followers. With the different informational supplements that can be found anywhere, it can be seen how humanity is essentially divided into seeking an absolute truth through a series of fragmented ones. Maybe, we are seeking that truth on Earth, while the truth could lay outside in the vast mantles of the universe.

It is true that every head is an universe, and different people think vastly different even if they can agree on similar points; but yet there can be some discomfort on the religious aspect as it tends to represent the conjunction of social momentum of an individual. Yet, there is the ideological war, where we tend to forget our own humanity.

The main problem on this ideological war is when we start to attacking each other; every time I find a Watchtower magazine in the bus, I read a magazine filled with accommodated truths and some pseudo scientific content, that only contains support from the Bible to claim anything. Yet, how can believe in a cult that has tendencies of seen the apocalypse everywhere and almost and at every time a tragedy happens.? People believe so, if someone emotionally is broken they will go the first light they will see.
Posted by Gus Calvo at 7:44 PM No comments: 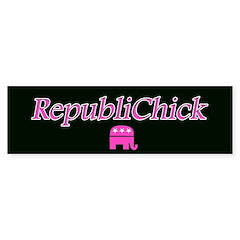 Lately people had been inspiring me to keep pushing forward, probably not in a good way, because their stupidity and lack of understanding towards global issues are my main motivations to be a better person and as well a citizen.

You can learn a lot by working in a supermarket, on a sociological point of view, you can learn that certain generations as well ideological groups don't see the plurality of what compose the United States, they don't see that the WASP population are just a mere invader, and the first ones here were the aborigines. In fact, that's the way we can classify the American English version as an syntactic invader.

There is no official language in the country, although English is the main used; even so, as a pluralistic nation, we are not a homogenic society. So, why to give up everything and become one of the many.? Is not a solution, albeit some people seem to enjoy denying who they are, and trying to make other people assimilate into becoming one of the hive.

In fact, for some people if we analyze the ethno-linguistic properties of their alpha culture, we realize that it could be difficult for them to learn a new language that doesn't look alike from their own, even if the migrate at a young age. We learn by simile if we see patterns we can create synopsis, otherwise learning a new language can be problematic.

Also, analyzing on a political point of view, not many people migrate beyond economical reasons, as the world socio-economical climate had been escalating with wars over the last half a century, many people have no choice but to flee or to die. The United States government offers free classes at several public schools around the States, all of them free of charges for adults and younger populations who want to continue their education as well to learn the language when they lack of financial resource.

The complexity of the topic goes beyond any political reason; because the problem doesn't even have to go on relinquish a persons heritage, or that other people have to adapt to them, the problem goes on the incredible racism and ethnophobia that is focused on the most politically conservator States, as well the even complex issue of how different minorities display hatred or discomfort towards each other.

Placing the English language, as a sole language in a hypothetical situation where people would be obligated to speak it anywhere and if they can't, the clerks shouldn't be able to reply back; could turn into a setback in an environment that globalization plays a key in the economy, being local or international. Yet, some people don't seem to realize, that in order to communicate better with different segments of the population, people with multilingual skills are always appreciate it, in order to break any cultural or linguistic barrier.
Posted by Gus Calvo at 12:00 AM No comments:

Confessions of a Sales Clerk

It could be a pleasure to shop but to deal with retail, it could turn into a psychological disaster for the employees who can't stand the facade of perfection and eternal happiness.

Working in retail, offers a wide variety of different perspectives about humanity and how the marketing efforts work properly in order to boost a product, much of the time the directors and managers they don't care about the personal well being of their employees because, they see their employees as tools to get their quarterly bonus.

As a society that we are, focused on Market Economy, we had stepped down towards common-law values, as all men are equal and money doesn't buy class and style. On a psychological level, one aspect of the function of these kind of business are aimed towards to keep the status-quo as much as they can towards the employees, it is as they use a cult of personality style  to the founder of the company.

The interpersonal relationship between the company and employees can be quite complex, but not difficult to analyze; imagine;i.e, a bee hive, where everyone has their own defined roles, and they will be stuck on their roles until they die. Of course; if we take this approach into the Descartesian philosophy, not everyone will see their reality as the maximum paradise, some individuals will try to step out and see that the world is quite different as the managers let them see, that in reality some will have the potential to create a difference.

Think of Neo and Morpheus with the pop culture argument of the red pill and the blue pill, one of them will wake you up from the dream but the other will let you stay in the fantasy. Probably, it goes towards professional aspirations, some people are like the worker bees we need them, "we need them in order to have our sandwich or Big Macs" as my cousin Alexandra says, but we can't make them feel less, because they are still people, even if sometimes their managers don't understand that.

Towards education; much of the corporations in America, aren't keen that their employees move forward pursuing a different method beyond the ones taught by the company; they will end up ridiculing any member that doesn't fit into their objectives and goals when he or she decides to pursue a different path. Is not profitable for the company, as they lose money every time an associate decides to move on as facing discrimination or because they got bored. Misanthropy as well certain sociopath tendencies could be developed by even the most sanest of the individuals, after being exposed to be happy whenever they are not; is not professionalism, any man or woman if they are having issues are entitled to grief them. They need to separate their lives, but they are entitled to be human and don't fake anything without losing money.

Go and watch in between the aisles, go as a customer and walk the different sections, beyond the smiles you can see through their kinesis that they are having some form of mild depression; is not about money, because if there is no security and the ability to move on, then there is nothing.

A postulate in economical theory, that revolves around psychology that if the company is owned by their employees, their employees will be happy because of the dividends. Money can create an ephemeral difference when the organizational environment. There are other points towards working on retail that you can see this theory, by observing the managers of the store, whenever an upper level supervisor will arrive, by attacking the lower level employees. All of this, due the status-quo and the inability of the managers to handle stress to the pressure of being uneducated, and being thrown into the outside world without any form of academic support, a valid academic support.

You can see the worse of people inside a supermarket not even on a shopping mall; a simple trip can be used to study the sociological aspect of consumers; a simple trip you can see how much people decide to throw the anger to the employees, and the employees not receiving any form of protection in order to satisfy the customers.

We will talk about a little bit more later.
Posted by Gus Calvo at 2:25 AM No comments: