Religious Imagery Found in The Legend of Zelda Chapter One 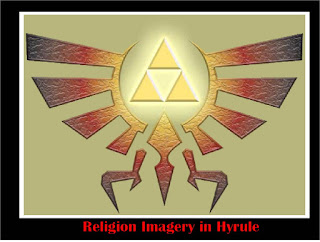 (3/7/2016) --- Hello everyone. I hope you all are having a great week so far; I had the time to set some errands on my side as well enjoy life a little bit more. This is the first chapter of an analysis of socio-economical history of Hyrule as well the different kingdoms and how much the real word had influenced the game franchise.

The Legend of Zelda and the Book of Magic

To start this journey we need to go on a chronological order in which each game had been released; the reason is it will be simpler to understand how the practices of censorship's between Nintendo and Nintendo of America influenced the releases of each game.

As many players know by experience, within the first game The Legend of Zelda: The Hyrule Fantasy we are exposed to an open world in which the player must travel through the over world of Hyrule in search of the mythical artifact known as the Triforce of Wisdom, that was shattered into 8 pieces to be hidden from Ganon.

The game itself wasn't explicit towards the Zelda mythos, as being the first of is kind and because of the system limitations of the Nintendo. What is interesting is that there are some form of censorship's from the North American Branch that are still present, albeit probably less harsh than it was on the 80's.

Within the first game it was impossible to know what were the major historical influences that surrounded the world of Hyrule and if it was similar to our own. During the gameplay there are certain elements found within the world that is in ruins, such as the Book of Magic which is a power up item which change the nature of the spells cast by the Magical Rod. 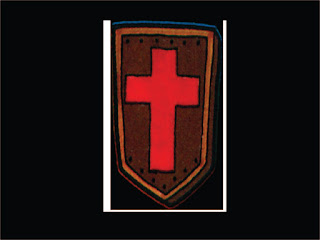 The Book of Magic in the original Japanese version was called Bible, but due the strict content of the North American branch the game elements where edited, albeit probably due a censor mistake much of the original artwork was kept inside the artwork book in which the content remained intact.

The idea of what Zelda was and was originally intended had evolved beyond the first game of the franchise; much of it back then look as a fantasy adventure not very different from Dungeons and Dragons, but also it had a tint of the Crusades within a knight acting in behalf of a ruler to retrieve a piece of information, kill an enemy and recover a power artifact. There were so many speculations but the game itself didn't offered too much beyond the post-apocalyptic scenario which was located.

The game itself has a lot of subtle elements towards the creators beliefs as well literary influences on what made them to develop the game into a well known franchise. In another entry we will explore more about the Hyrule myths; one detail that this game got some notoriety was due the confusion between the Manji pattern and the lack of understanding of Buddhist symbolism within the Western Hemisphere.

What is fantastic about the game is that incorporate so many different elements of the world in very subtle ways, that can lead to interpretations about Link's journey. The third dungeon within the incorporation of the Manji could lead to interpret that there is something better on Link's future but as well balance due the mixing of the good fortune with the number 3.

Number three within the Christian eschatology means perfection but as well balance. It can go with a path through illumination and redemption in the process of the journey about saving a kingdom that was left in ruins.

The essential battle between good and evil could represent the complex fights between a person ego against the environment, the simple desire to do something noble without gaining any personal gain in the process. The problem within this timeline as well within the first setting is that there are no parallels to compare him with anyone else, he is no savior, no hero from any prophecy, no reincarnation, no nothing. He is just a young guy who appeared outside in order to save someone (Impa) and through his deeds he was entitled to help saving the Kingdom of Hyrule, in a timeline where the Hero originally fallen thus leaving room for a new beginning.