The Axiom of the Latino Identity in The States 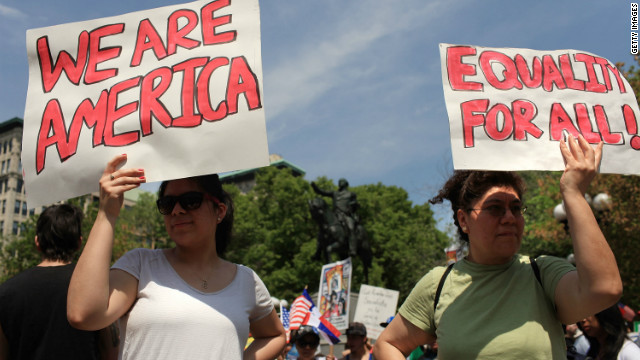 Tampa, (Fl) -- We are a multicultural, multiethnic society; where we as immigrants who we have the Hispanic roots as well the language. As the Borgs subjugating the humans we have surrender to the assimilation.

Maybe; not assimilation but we, as first generations that we'd came to the country on different times we are letting our children and specially ourselves to lose our history and heritage in order to get anything towards governmental help instead of going out and fight for it.

To define Latino is a double negative, the first reason it's because Latino's are not in the most strict sense of the words people who speak Spanish, Latino's are from Latina - Italy, specifically the Lazio region; but yet it goes in a contradiction that we Spanish speaking people, who we share a language but different cultural factors we identify ourselves as Latino's, a word that didn't had a meaning until the Cuban migration of the 1960's.

One of the items I always associate with an axiomatic fallacy towards the cultural identity is the Sombrero Vueltiao from Colombia; as I am Colombian I tend to analyze the behavior of my peers more deeply than any other cultural group.

If Gustavo wears a Sombrero Vueltiao means he is proud of being Colombian; but, if Gustavo doesn't wear any iconography then he is ashamed. We can go with the same fallacy to apply it to U.S. born individuals as If they don't wear an U.S. pin in their shirts or any bands around their wrists it means they are not fully Americans.

There is an identity depending on the country were you from and how much you keep in touch with your history as well how that message is transmitted properly to your children and as well future generations, in order to not lose any experience learned around the time living in the United States as a foreigner.

If we go, and make a pseudoanalisis in our axiom about Latino Identity  we can take the concept of dualism and the relation between mind and body as separate substances, if we trans-point the idea of the substance into cultural identity as well personal identity. If we analyze both substances, they can interrelate as they can be opposites reflections because we can make cultural identity as part of our own personal identity, but yet the idea of giving to a culture we are not use to, and start calling ourselves with other terms we are not, is a negative.

Then, there is the point expressed by philosopher Frank Jackson - there are more facts than the physical facts alone, - trying to understand the reasoning on why to betray our cultural identity in order to assimilate, can be expressed in the simple argument the person lacks of knowledge towards of how they are as well what they can learn from their ancestors in order to structure their identity.

I.E.  I go to to a carnival, the carnival is a Hispanic heritage carnival; if I go there expecting to put in within the different national roots and at the end I find that the carnival is not giving me a proper feedback because the music as well social attitudes don't reflect anything that is in my knowledge system, then I can find something else that will make me happy as I can't identify myself with my own culture or the dual culture I share.

The idea of negating any traits and trying to masquerade, can be reflected into how some people who don't know any language of core aspects of the culture they are keen to, feel in close relationship because of banal aspects as pop music vs personal image up to the point of people obsessed with K-POP without even knowing a word of Korean.

Where we can debate if, identity as we know it can be summarized with a signifier.?
Posted by Gus Calvo at 2:48 AM