Obama and The Bullshit of Gas Prices

Tampa, Fl -- It's time to talk clear about gas prices as they are since 2008 and up today, the first thing you need to remember in 2008 gas prices where more than 4.00 p/g (I will never forget that because I move to the States on 2008 and I lived in Tampa and Miami.), the second thing you need to know it is to not buy all the bull-crap exposed by the SuperPacs as they will try to play with the true and all the information from the last 20 years it is encoded in the Consumers Report website and the website shows a total opposite from Obama's first day in office away from the lie that it is exposed in this billboard that I took on a photography early on the morning of 10/12/12 on Hillsborough Avenue across the street of the Hard Rock Hotel in Tampa; but, the third and last piece of information you need to know it is that probably much of the people who had drive around these sponsored billboards from Tea Party financed groups probably by now had swallowed the information as an ultimate truth because much of these people show the classical stereotype many Americans will hate to fit in as stereotype that will classify them as a group of slobs who don't read, who don't inform themselves, who only believe in what they see and only accept one truth as the ultimate truth and see everything that is not white, Protestant, conservator and what happens outside America as not their problem, as what people outside the States call the gringos.

Let's talk clear, gas prices are a focal point on this campaign but at the end even of who is elected president won't have the last word as the power of checks and balances is always present, and the House and Senate are the two power groups but if any of those groups are in tune with the elected president then that would be a major issue because there won't be a way of balance the powers and it will be the moment where the democracy will become an oligarchy which today with all the lobbyist we are one step ahead of dangling in some Communist elements as the real power is in the hands of a few corporations and not the people. The cost of gas in June 2008 was US$4.10 per gallon and the maximum average pear on the gas recession of 2008 was on US$4.11. By August the prices to US$3.47 and subsequently on an average of US$2.07. 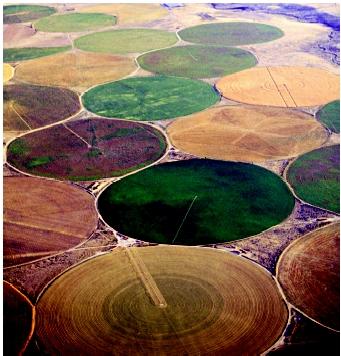 The price of the gas fluctuated and there comes the half truth of the billboard while it went on an average of $1.84 per gallon now here comes the tricky part where everything went on fluke and showed the dependency of Americans into fuel and not alternatives that wouldn't create a negative impact on the ecosystem. The first case comes with the Keystone XL pipeline which showed the vulnerability and negative impact of the fuels industry on the economy. The Keystone XL pipeline had a tram point that was especulated to pass by the Ogalla Aquifer in Nebraska which supplies the Midwest for drinking water and water for farming, the aquifer is a shallow body of water and vulnerable to any external abuse but the Republican Governor of Nebraska Dave Heineman worked to change the route of the pipeline. As of 2012 there are still major concern regarding the developing of the pipeline and even in a Red State as Texas there had been last minute from part environmentalist to stop the construction, albeit the regional government gave green light to project.

The pipeline so far had an estimated by the U.S. State Department that would create around 5,000 jobs; with an estimate of 1,400 temporal construction jobs made by a study of the Cornell University Global Labor Institute.  The second inconvenience happened with the BP oil spill which still fresh in the memory of people.

Yet the Obama administration is not innocent regarding oil exploration as what happened in 2010 following some old policies by the Bush administration the drilling had gone to some parts of Alaska, the Gulf of Mexico and the Mid-Atlantic and the policies will run up to the middle of 2013 and in a funny note the Super Pac who promoted the billboard that we showed at the beginning of the entry is playing with the hatred of some segments of the American population towards the Middle East and Islamophobia to incite emotions in potential voters that Mitt is the solution while the solution to lower the prices it is on the people inciting in a referendum that the Congress and the House will finally examine the privileges they are giving to companies such as BP, Exxon, Texaco and others as manipulating a segment of the economy that shouldn't go high for sur-factors but rather keep and stable price even in the worst crisis to keep the economy afloat. So I hope the middle American don't show the ignorance and get informed before believing anything because right now we the people are selling the country to a few individuals and corporations who are using it for their own benefits. 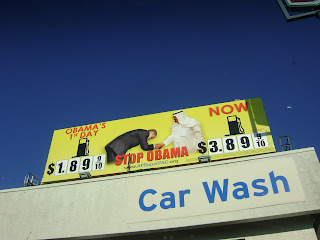 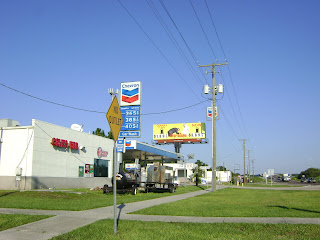