Do you Remember When The Simpsons were Synonym of Counterculture? 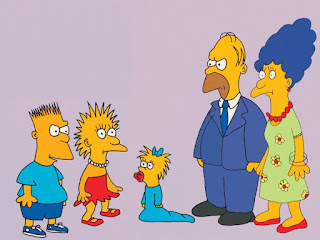 It's been a long time since The Simpsons were associated with the opposition of 1980's American family sitcoms, maybe it's been more than 20 years since the legacy of the first 8 seasons was placed on thought without bringing controversy on how the show is extremely outdated and is due beyond the time of is prime.

It's time for The Simpsons to end, it's not even funny, the characters are shadows of who they were when the show started, the show focus more on the celebrity of the day and the consumerism towards the products that are in vogue in the market i.e. MyPods and Boomsticks which was one of the earliest examples of the decline of the show by bringing a "new" Lisa as a young woman that is more interested into fads than rather of the influence she could do on the society she lives i.e. Lisa vs. Malibu Stacy in which Lisa centered a fight against the stereotypes of the Barbie tie-in Malibu Stacy and the damage it could do to young women by offering unrealistic expectations about their bodies.

Much of the show as it's presented in the present vastly differs from the early seasons, we can infer that the today and yesterday are a product of the generations where the show started from the 1989 first episode to today, it's almost as two different shows which not only the writing from the present focus more on the stereotype and offer no content on the episode while the yesterday it was about the family dynamics and the surroundings which it was the main reason on why the show on the first half of the 90's became a synonym of counter culture.

Probably in a certain way The Simpsons had expressed some form of iconoclasm, they aren't as relevant as they were but they tackled ideas that shook conservators core towards family ideals, conformism and how we evolve as a society; the problem with the show goes on the writing and how the later seasons eventually evolved into a frenzy of consumerism leaving behind the socio-economical comments as sporadic content in the episodes.

One of the most crucial episodes at least the last 20 years of the show, involves the notion of same sex marriage which was aired on 2005 (almost a decade before it became legal in the United States) but for every episode with a social commentary at least much of the others in every season were just bizarre in nature, such as Lisa Goes Gaga which is just a 30 minute showcase Lisa just following Lady Gaga around Springfield, there was no plot, there was no substance, there was nothing and as that there are plenty of other episodes since the early 2000's.

We have to think that the show was explicitly criticized by George H.W. Busch  back when the show was in the apogee, because it was a show that showed a family the way it was without sugarcoating the problems that families could had. The Simpsons weren't The Cosby's or the Walton's they were honest and they exposed family dynamics on a brutal way which let the viewers know that families in television could dysfunctional too without going on the shoes of Married With Children.

There is an important part we have to know about The Simpsons, no other show at that moment in the 90's placed a former U.S. President a First Lady as guest stars (even if they didn't voice their Simpson's universe character) and essentially mock the feud that George and Barbara started by saying that The Simpsons were the dumbest thing they ever saw on television and that the viewers should have more of The Walton's and less than The Simpsons, that episode back in 96 was one of the highest in the rating but the cultural impact was even longer.

Over the years, the episode was cited as one example of great television but also on how to deal with pop cultural references and how reality can be stranger than fiction, not only that the cultural phenomenon that the show was in the last decade of the last millennium and the early part of the 2000's was big because there wasn't something like that - from video games, to movies, to music albums, The Simpsons had it all -, now the show only has a freemium game and that is still on the air because it generates some revenue to Fox.

I tried to remember when was the last time I heard The Simpsons where a synonym of counterculture, and I realized it has been a long time ago.
Posted by Gus Calvo at 3:43 PM

Email ThisBlogThis!Share to TwitterShare to FacebookShare to Pinterest
Labels: counterculture, essay, the simpsons