The Loneliness of Active Worlds

(4/20/2016)--- There is something melancholic about Active Worlds, is almost as being transported to another time in which the idea of a virtual world was an scenario almost impossible to achieve, but yet this world appeared and it was and still perfect to interact with.

As time passed and due financial struggles the game essentially ended in oblivion but yet it seemed to survive with only a small portion of the thousand players it once had.

There are still some active worlds who essentially where left abandoned with no more owners, there are some others who still have some members who visit but there are no more story lines, they are there to have some fun. Some of the worlds show the magnitude of the projects one time the users developed and how the communities bloomed. It gives a glimpse of how gaming was almost 25 years ago, as it offers some retro value on the looks but also on the environmental sounds.

On the first week of April of 2016, because of Youtube gamer VineSauce (1) podcast about the game bring the attention of some of the people who saw his video got an idea about finding the user who VineSauce thought was an NPC that went by name of Hitomi Fujiko, and from that point it became a trending topic that spawned several videos and got the interest of people about this old almost forgotten game.

Whatever the actions of VineSauce where a mere publicity stunt or he was completely oblivious due programming of certain BOTS (Wikipedia, Bots) to act as humans, it would be extremely suspicions to not analyze that the so called NPC could be an Administrator from the specific world who knew someone was going to be doing a podcast of the game and decided to go along with the story; and is good to know that administrators have the capabilities to track any user in the map they administer.

In theory the podcast is just a perfect Creepy Pasta material, it is creepy and is so amazingly designed to tell a narrative about a forgotten game that essentially is abandoned. Abandoned seems to be the perfect adjective as anyone who go within certain times won't find any users, not even on the Alpha World.

Probably that is the most probable scenario that happened to Vinny, who arrived and technically there was nobody when he was transmitting to his viewers and the Hitomi user who was watching the transmission decided to join in and just go with the mood of the story. Part of the story tends to be quite suspicious because some of the worlds, especially AWMyths the one he chose has been plagued with glitches in which the users won't be able to go far away as the world will send them back to the starting point. From that point it makes me wonder if Vinny was aware that the enviroment was having (and still having) technical issues,? this making the gameplay problematic but assuming that he didn't knew that probably just feed his psychosis that there was just desolation.

A reality within the game, in which any player can experience is to go at high hours of the morning and find nobody but then go in the afternoon and meet with some of the players. The users of the virtual worlds are generally nice people around, some of them are students as well a few are seasoned users who had been using the world for decades.

There is a sense of loneliness when traveling around the different worlds, as there aren't many users within each world and mostly BOTS are the ones who were left behind but some of the scenarios are just fantastic as the people who play the game.

The scenario that VineSauce entered AWMyths is one of the most complex ones, outstandingly beautiful and incredibly retro. Is almost as navigating into a forgotten game such as Hexen (Hexen, 1995) but with no enemies and just an open world that it seems to have no end.

There are plenty of details, between hidden scrolls that tell the history each creator gave to their worlds, up to small Easter Eggs of forgotten pop culture reference, the game offers an incredible charming experience. Exploring the full extension of the scenarios can take days as they are as wide as what we have in Earth; but, knowing every little detail or any treasure you can find gives an positive experience.

One aspect to think about the scenarios (mostly to players who arrived after the downfall of the game) is how much the creators invested and why essentially left their creations abandoned? It gives a beautiful insight to a world that slowly is dying but that still exist. It even gives an idea on how Earth could become when we are here no more.

If you want to visit Active Worlds, click here and the registration process is actually quite simple, then you will proceed to download the browser that enables the navigation through the different world. 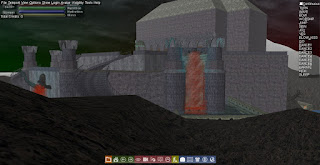 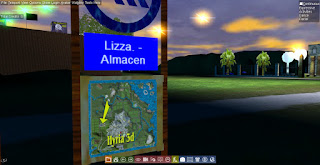 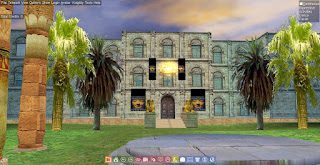 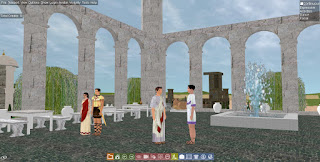 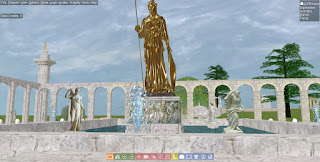 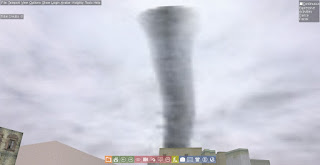 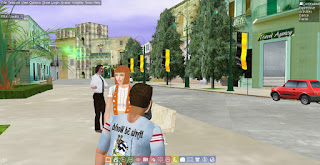 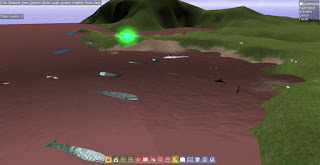 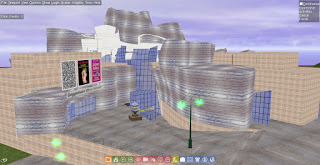 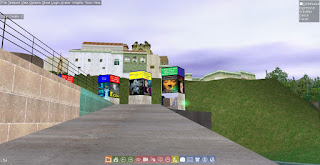 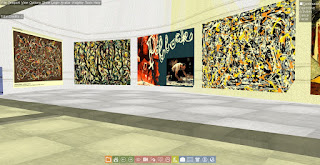 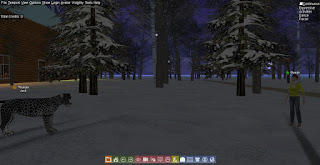