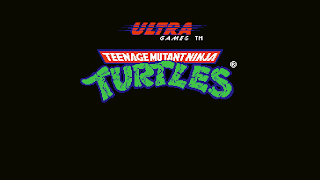 Nostalgia is truly a weapon with a sharp edge, I always remember fondly the first time I saw the Teenage Mutant Ninja Turtles and it was in the house of a former friend who had the original comic, I was seven years old and I was impressed by the graphics and illustrations but not too much by the dialogue because my English level wasn't there to understand the witty dialogues of the first issue, but the idea of the turtles as a product got stuck in my head.

With the rise of the show and the Turtle-Mania as many kids in the mid 1980's through mid 1990's I had a hefty collection of the Turtles merchandise, minus the original comic and a few figurines it was the video games who totally got my attention, because I could be Donatello inside the New York City where the turtles lived. 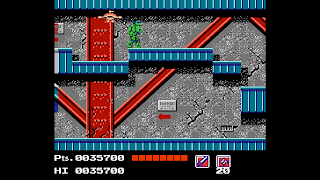 It wasn't until mid 1991 where I finally had the chance to play TMNT first game in the NES, again it was in the house of a friend during what we can call "winter time" in Cartagena - Colombia, is just a long summer that it rains no stop.

It was just some form of magical time for my 6 and half years old self, as the turtles where in vogue and it was the first time we were playing the first game. I always remember my first reaction and it was being mesmerized that it was an action packed game with tons of enemies, some of them that I didn't even knew they existed on the comics and others that I had seen on the show.

After a few hours playing and being stuck in the first part of the game, we were trying to decipher what to do and how to kill the enemies without ourselves being killed was probably one of the most interesting aspect of those days while playing the game; a week later I went back to my friend's house and I found it he was still trapped on the part, a few hours later we ended up in the dam and after that we never really played the game again. 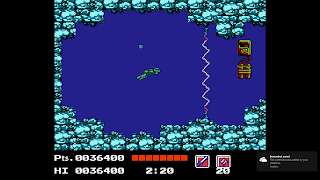 Fast forwarding to this week (1/7/2019) and nostalgia kicked me in the stomach when I found my old games among the stuff I haven't touched in years and my surprise TMNT was there, again nostalgia can be a weapon with a sharp edge but it let me appreciate the game in a new light.

The game-play it's actually quite cool, from the soundtrack to the fights, the game knows how to captivate and with the difficulty level high the game itself can take a while to complete.

Towards the controller reactions versus the in-game enviroment, the game sucks, there is a small delay especially when you are swimming i.e. dam level and when doing jumps, some areas of the games especially the ones inside the buildings which give the platform sequences can be problematic to execute precise jumps because there isn't enough space and you as a player you tend to fall quite often.

The bosses themselves can go from easy to extremely difficult but all of them have one big foil and that is Donatello, a long range weapon can act extremely effective against almost any menace in the game, making much of the bosses extremely easy versus the hard difficulty on almost every part of the main scenario.